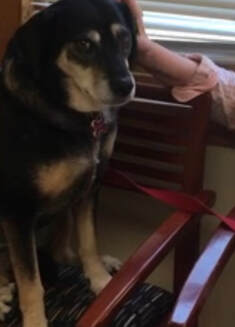 ​Before coming to Dr. Roman’s clinic Kaylee the beagle was fatigued, slept all the time, and never wanted to go outside. After receiving the MBRT treatments she become a new dog! Now she loves to run in the woods, play in the streams, dig holes, bite tree roots and chase chipmunks. She seems to become more interested in smelling and being outdoors. Her restored thyroid brought back her energy and quality of life. Before coming here she was like that for 4 years, uninterested in the outdoors and hated water. Yet after treatment Kaylee’s fear of water changed and she loved to adventure even at her older age. Her owner was recommended to put the dog down two days before seeking help from Dr. Roman. A struggle was from the diagnoses of sarcoma and aggressive cancer, she was predicted to last a week. Thankfully Kaylee’s owner got a second opinion and believed in Dr. Romans education in the power of restoring the microbiome through MBRT.
TOBER 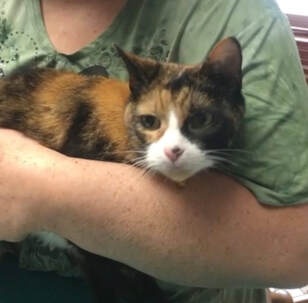 ​Tober the cat was suffering with 20 runny poops a day! Not only that the poor cat would leak poop unexpectedly. The owner rushed to the animal hospital and her cat was given conventional medicine that helped for 2 months. After that the symptoms came back just as bad as before.
After the fecal transplant the cat showed improvement with in the next day, and within a week that cat had completely normal stool! The cats energy came back and was playing again. 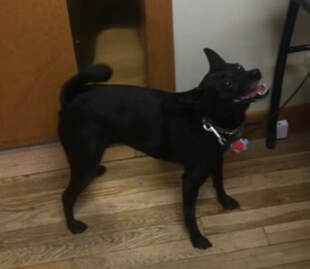 ​Dante had excessive barking, anxiety, frustration, and he would have unexpected urgency to use the bathroom for six years. He had also had an over Administered injection of two of rabies shots a year and over medicated. His owner was losing hope in her ability to keep him happy. After one treatment Dante is curious, calmer, and attentive. The microbiome restorative therapy treatments helped to balance out his body and through that change helped his behavior.
BRIO 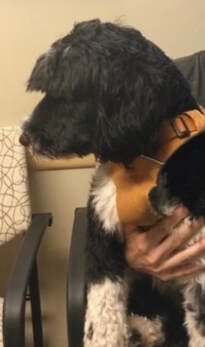 ​Brio is three year old Portuguese Water Dog and was working with Dr. Roman‘s treatments for a year. Before coming to the clinic Brio had a weakened immune system, excessive infections, and excessive amounts of antibiotics. With a tumor on his liver and unable to walk he was holding on at 14 years old. Through many fecal transplants and the use of 03 therapy he was healthy and stable with restored normal eating habits. Brio’s life changed and he lived for several more years happy, healthy and full of life!
AXEL 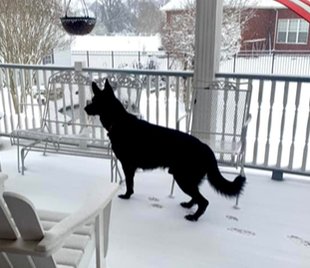 ​Axel has Plechner and wasn't absorbing his food. He went from 79lbs to 89 lbs after his MBRT from Dr. Roman's dog. His thyroid and cortisol is now normal, and his IgA IgM and IgG are increasing. We only did the MBRT once but he retained it overnight. It was a game changer in his life. Dr Mitch McKee was the vet.
WILLIE 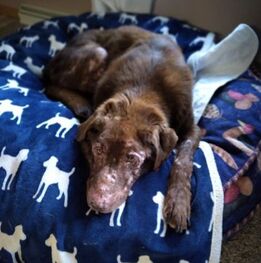 Our vet has worked directly with Dr Roman. Dr Lisa Radwan, One Medicine Center, Pulaski WI. We are currently on our second round of nuggets from Hanna. Willie was diagnosed with cancer 1 year ago. And went thru months of chemo. Now there is a possibility he was misdiagnosed and has an autoimmune skin disease. Since chemo his gut was a mess and he started losing hair in October and starting getting pustules/lesions/scabs and being horribly itchy. It's been touch and go for months. We take it week by week, day by day. He is also getting Bicom. Since starting nuggets he has started to grow hair back in and there is slight improvement in his scabs. 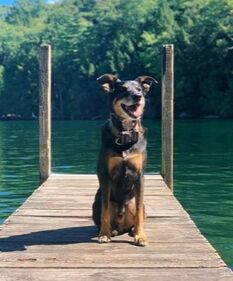 ​We did MBRT through Dr. Roman for my dog Hunter who was having incontinence. That very night after the transplant and weeks after there was no more incontinence!
GRIT 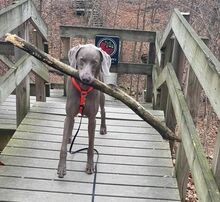 ​Grit just had a fecal transplant from the wonderful Dr. Suter using pregnant poo from Dr. Roman’s donor Hana for his Plechner Syndrome. He just had it done on Friday. I wanted to thank you for all the information you and Dr. Margo provided on Plechner. It was the Facebook Lives that really helped and to learn how pregnant 💩 was best for Plechner and she had some available!! I read all of his books and website but still learned so much from the two of you!!
TUCKER 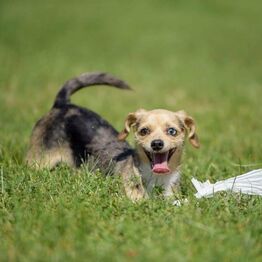 ​I adopted my dog Tucker in 2017. He had issues with throwing up after all his meals and would also not eat at all. The days he wouldn’t eat he would be pacing all night. It was so sad. My traditional Vet suggested pepcid and a diet change but I wanted to know why this was happening. I found Dr. Suter who did a full exam and said that he definitely has some inflammation in his intestines and his biome results were not good. Dr. Suter then recommended a fecal transplant using Dr. Margo Roman’s donor dogs. I have read about Dr. Roman’s work and it was comforting to know the full background of her dogs and how they are raised. After the first transplant he was already eating better and his new biome results showed improvement. He still had a couple bouts of not eating so I had a GI panel done and he was diagnosed with IBD put on Folic Acid. Dr. Suter suggested another fecal transplant and said we are on the right track. I haven’t re-tested his biome yet but there is a great improvement in his appetite and no more night time pacing!